Assignment on Power of Partnerships

Instructions to the students:

This case study focuses on how the creation of risk and revenue sharing partners (RRSPs) has enabled Rolls-Royce to take on contracts which have increased its market share in the civil aerospace business. During the 20th century, the development of different means of transport has radically changed the global economy. The introduction of the jet engine and the development of commercial aviation have shrunk distances and reduced cultural differences by allowing people to holiday and develop business opportunities in almost any part of the world. In fact, every day more than three million people fly on commercial aircraft and each year, there are more than 18 million flights. 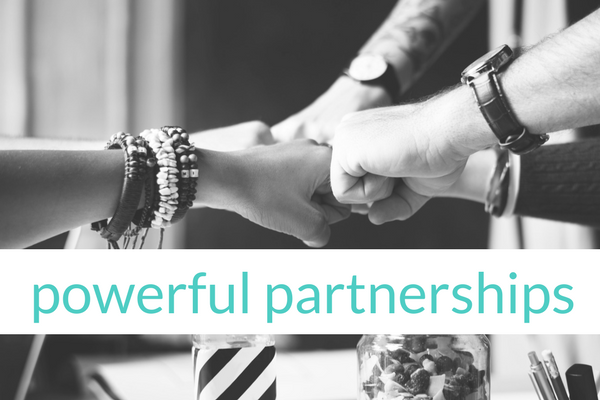 One of the reasons that commercial aviation has become such a well-accepted part of our lives is because it has become an exceptionally safe way to travel. As one of the most heavily regulated industries in the world, stringent engineering requirements have helped to lessen the likelihood of being involved in an accident to approximately one in three million, which means that it is many times safer to travel in a jet than travel by car.

Rolls-Royce plc had not made motor cars since 1971 when the business was split into two and when the motor car company was incorporated as a separate business. Volkswagen currently owns this.

Rolls-Royce plc is a global company with customers in 135 countries and production facilities in 14 countries. It employs around 40,000 people concentrated upon the present and future requirements of civil aerospace defense, marine, and energy markets. It has 56,000 aero engines in service with 300 airlines, 2,400 corporate and utility operators and more than 100 armed forces. The range of applications covers all sizes of commercial aircraft from business jets to the largest modern airliners made by Airbus Industries and Boeing.

On the defense scene, Rolls-Royce engines are again a versatile source of power for transport, trainer and combat aircraft. Civil and military helicopters are also part of the Rolls- Royce portfolio. Rolls-Royce is one of the most powerful brands in the world and perhaps the most famous name in the world of engineering.

The name symbolizes its promise to deliver a series of features for buyers and users with qualities such as reliability, integrity, and innovation consistently.

10 years ago 950 million people traveled by air. Five years ago they numbered 1.1 billion and, by 2009, the total is set to climb to 2.5 billion. The aviation industry provides more than 24 million jobs worldwide, while its contribution to the world economy is estimated to rise to $1,800 billion by 2009. Today, one-third of all the world s manufactured exports are transported by air. Twenty years ago the proportion was just one-tenth.

In the market for large airliners, there are two airframe manufacturers — Airbus Industry and Boeing. When an airline or aircraft leasing company decides to purchase an aircraft, they have to choose which airframe and engines they would like. Because of this, it is vital for Rolls-Royce to develop and maintain relationships not only with the aircraft manufacturers but also with the end customers — the airlines.

During the 1970s, Rolls-Royce had a single digit market share in the civil aerospace market. The sector continued to be characterized by intense commercial and technical competition from companies such as general electric and Pratt & Whitney of the USA. Market share could only be increased by making a major investment in developing new engines.

Any large investment required to meet the needs of customers involves a careful examination of the balance between risk and reward of the project. Risk describes the potential of negative results; the potential for positive results creates opportunities and revenue for the business organization.

In the past, risk management was viewed as a reactive business activity that simply responded to events and changes as they occurred. Today, risk management is viewed as a solution to many of the challenges facing modern businesses, providing them with a competitive edge in planning. In the same way that Rolls-Royce needed to work with its customers in order to meet their needs, it also needed to work with suppliers in order to share insight and add value to business propositions.

Rolls-Royce knew that to respond to the estimated cost of approximately $1billion, the company made the strategic decision to develop risk and revenue sharing partnerships with other world-class companies. The merging of leading-edge technologies and high-level capabilities ensured that future Rolls-Royce products would challenge the industry. We now take a look at how the Trent 500 engine was developed, through risk and revenue partnerships.

Future challenges it would have to develop a new generation of advanced engines. With research and development costs for a new engine programme

In the past, relationships down the supply chains were based on transactions, relating to cost and efficiency. With a massive project such as the development of an aero engine,   if Rolls-Royce were successful, would have an effect for the suppliers of parts for the engines whose revenues would also increase. Though it takes between three and five years to develop an engine, every time an engine is ordered, service for up to thirty years. During that time repair and overhaul would be required to maintain the engine.

Given the potential benefits for these manufacturing organizations, it seemed logical that by sharing some of the investment they could also qualify for the rewards. Risk sharing is about developing strategic relationships with partners. It is an integrated approach to outsourcing based upon both Rolls-Royce and its suppliers working as a team. In the early phases of the Trent 500 project, a key element was assembling partners from both the UK and around the world that had the right mix of expertise. These included:

Risk sharing partnerships also develop long-term relationships between Rolls-Royce and its suppliers based on trust that focuses all partners on a common goal of supplying world-class engines. There are many benefits from such arrangements. For example, risk sharing:

focuses each partner upon the link between investment and profit brings suppliers together to meet an overall objective allows suppliers more freedom, without being constrained by the details and procedures of a traditional contractual arrangement stops any form of misuse of power pools best management practice encourages the integration of cultures and skills engages all partners in achieving strategic goals.

Success for the Trent 500

Airbus Industrie A340-500 and 600 aircraft due to enter service in 2002. With a thrust range of 53,000- 60,000lb, the Trent will provide reliable and economic power for these new airliners. Virgin Atlantic, Lufthansa, Egypt Air, Swissair, Singapore Airlines, Air Canada, ILFC, and Emirates have already placed orders for well over 100 aircraft.

The development of the Trent family of engines through risk and revenue sharing partnerships is enabling Rolls-Royce to meet the specialized requirements of many existing and new customers. Rolls-Royce has an impressive 33-34 percent market share of the civil aerospace market and is the second largest aero engine manufacturer in the world.

There is a strong link between risk, opportunity, and reward. In recent years, the notion of managing risk has enabled organizations such as Rolls-Royce to respond to opportunities in partnership with its suppliers, so that both have been involved in strategic decisions and the sharing of rewards. It has provided the means for Rolls-Royce to respond to changes in its operating environment and massively increase its market share.