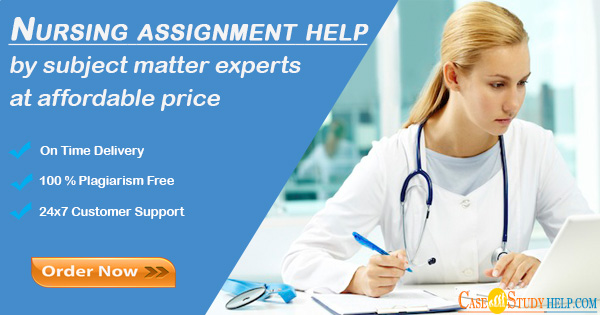 This essay will discuss obesity, analysing its epidemiology, the population affected, the interventions, the wider determinants of health and health inequalities.

However, it will also discuss critically the role of the registered nurse in promoting the health of populations and individuals within a professional, legal and ethical frame work.

Public Health is defined as “the art and science of preventing disease, prolonging life and promoting health through the organized efforts of society”

(world health organisation(WHO),1998).  Obesity is a major public health issue responsible for about 6% of all deaths globally (Jha and Das, 2019). Taking into account the medical comorbidities and psychosocial stigma associated with obesity, researchers have examined the body mass index to predispose individuals to stigma (Perera et al., 2015).

Obesity is a chronic and multifactorial disease, and it is defined as “ as abnormal or excessive fat accumulation that may impair health” (WHO.int, 2019).

The body mass index (BMI) of a person is used to determine if a person is underweight, over weight or obese. it is calculated using a measurement obtained by dividing a person’s weight by the square of the person’s height (WHO.int, 2019).

is considered to be obese (World Health Organisation (WHO), 2014). Contrarily, (Nuttall, 2015) argued that the BMI information of the body is a bad predictor of body fat percentage and it may lead to inaccurate classification for some individual majorly people who have more muscle in the body

In the 21st century, obesity is one of the important, fastest growing public health challenge (Withrow and Alter, 2012). Over the past decade.

The global prevalence of obesity has nearly tripled between 1975 and 2016.more than 1.9 billion adults, eighteen years and above were over weight of which 650 million were obese (Anon, 2018)..it accounts for roughly $2trillion annually on global economic impact or a global GDP of 2.8 percent which is equivalent to the global impact of smoking or of armed violence, war and terrorism. The prevalence of obesity continues to increase even though it is preventable, if it continues in its current state, half of the worlds adult population will be obese in 2030 (McKinsey & Company, 2014).

One of the significant health concern in the UK is obesity which is one of the leading non communicable and preventable cause of death (Sparrow, 2016).

Obesity results from an imbalance in energy expel and energy consumed, that is, little physical activity and excess ingestion of calories (Agrawal, 2015). The imbalance results from some factors which include environment that is opportunities for healthy meals and physical activities (Raine,2011) behavioural that is diet and exercise and social factors such as cultural, economic and political (Raine,2011).more so,  Marmot(2005) referred to the factor as “cause of the cause”  that is, they don’t cause illnesses directly, but are embedded in the conditions of life where people live and move.

According to (Mackenbach et al 2014),he states that genetics also plays a role in individuals to become obese.

Furthermore, the health risks associated with obesity include type 2 diabetes, hypertension, cardiovascular disease, some type of cancer, osteoarthritis and dyslipidaemia (Mulrooney,2019) This increases the risk of morbidity and mortality, and also alienating and stigmatizing in settings, resulting in negative

There are wider determinant of health that cold contribute to obesity. It develops as a result of poor diet and life style choice. According to (McSweeney et al., 2018), the food or what people eat is been influenced by their environment where they live or work. Unhealthy food environment leads to unhealthy diet. Life time changes as a result of civilization, People eat more calories than expected which have resulted in obesity. In a research carried out by (Vilchis-Gil et al., 2015), people with healthy dietary habits and those who eat less had low risk of obesity. However, In the UK, both adults and children ingest high caloric, industrialised foods, beverages high in sugar, decreased consumption of natural and healthy food such as fruits and vegetables than recommended which make them at high risks of obesity.

One of the strategic priority is obesity, but the impact of malnutrition in the community should also be considered. Addressing poor diet, sedentary lifestyles and obesity requires action by individuals, communities and organisations working in partnership.

(van Strien and Koenders, 2012). In a recent research, town planning in England could improve the health of people where people will have access to fresh air, good homes, good food, green space , employment and a strong community which are the major concern of public health, it can be constructed or done by the supported of  good town planning       (The King’s Fund, 2019).

An estimate of 90% people eat out and almost half do at least once a week. When food is made and eaten outside, an estimated addition of 200 calories are consumed which is significant (Mulrooney, 2019).

Physical activity on the other hand plays a great role in promoting health in obese population and aid in the reduction of disease substantially (Lakka and Laaksonen, 2007). However, the support for physical activity as a determinant for metabolic phenotype of obesity has been inconsistent more so, the difference between healthy and unhealthy obese group due to physical activity is not significant (Bell et al., 2015). In the UK, people are less active by 20% compared to the 1960s if it continues, by 2030, 35% will be less active (GOV.UK, 2019).

The foundation of obesity management is diet and physical exercise supported by behaviour change. Life style behaviour such as alcohol intake increases the risks of obesity in some individuals. Both alcohol and obesity are of public health interest, alcohol contains 7kcal\g of calories which can be a contributing factor to weight gain. Light or moderate alcohol intake is not associated with weight gain heavy drinking is consistently related to weight gain. People who drink moderate amount enjoy a healthy life (Traversy and Chaput, 2015)

on the other hand, studies show that alcohol drinking may not be a cause to weight gain expect the person has the tendency for gaining weight, the type of drink the person consume for example beer, liquor and spirit instead of wine. A clear link between alcohol and weight gain has not been established by researchers (Verywell Mind, 2019).

Public health plays an important role in influencing health, but there are still disagreement among the jurisdiction, the public health and agencies. In the UK, Public health are more concerned about law to health determination. (Raphael and Bryant, 2006) argued that the extent to which government, public health and public health workers disturb themselves to public health approach in addressing the wider determinant of health depends on the particular model of health they stick to within each jurisdiction. The ideology and political context where the nation is situated gives us an idea of which model to use.

Health promotion is important and is an effective method of reduction of disease risk in individuals in the UK. Nurses play a vital role in reducing obesity. there are a lot of health promotion models and  these models of health can be applied in clinical practice . it also helps practitioners develop a new ways of thinking such as Beattie(1991) model. This model identified four paradigms which include personal counselling, health persuasion, community development and legislative action.

Adults who are obese should be supported in making a healthy life style decision. One of the most effective and efficient way to reduce obesity is by persuading people that are affected, because they are the ones making the behaviour decision. As a health practitioner your duty is to work with the plans they have and encourage them to attain their goal. Persuasion yield positive results within the shortest period of time (Nice.org.uk, 2014). However, (Lawrence et al., 2014) suggested that all nurses and health practitioner should improve public health through behaviour change in the million of people they come in contact with but most of them were not trained on the skills. They concluded that health practitioners should be trained and have the background of skills to support individuals with their health behaviour.

£ 4.54 billion the amount of money the nhs saves in the health care cost over 25 years if the 20% calorie reduction target is met

This the guide line,Attached is the one she is working on.

This guidance provides a suggested outline for your work.  Please note that the total word count of your assignment should not exceed 2500 words.

Identify a health issue.  Use this to critically evaluate the role of the registered nurse in promoting the health of populations and individuals within a professional, legal and ethical framework.

Consider the following:
Population groups affected
Epidemiology
The wider determinants of health and health inequalities
Relates to module learning outcomes: 2, 3
Promote the health of populations and individuals, with reference to professional, legal and ethical frameworks

A critical evaluation of the role of the nurse throughout
Relates to module learning outcomes: 1, 2, 4