Alpha Cu and Gamma Zhan are on the board of Second Millennium Ltd.  Beta Young is the company secretary. Sigma Su was until recently a director, but she retired. The company has been involved for a number of years in the boutique business of sourcing props for and memorabilia from the movie and television (TV) industries. It is a low key but high profit margin business, relying on loyal networks of suppliers and customers. The company operates out of a small warehouse on the Gold Coast and has 6 employees. It has a small shareholding, pre- dominantly owned by the directors and officers, and their families.

Alpha Cu started the business over 15 years ago with Beta Young, but Alpha remains the“Driving force”.  She travels a lot for business and Beta Young prefers to stay in the office. Several years ago, they invited Gamma Zhan on to the board as director. Gamma’s expertise is more in antiquities and classic collectibles than memorabilia per se, but his expertise is invaluable. It is fair to say that he only gets involved in the  business  when  it  aligns  with  his  interests  and  expertise, otherwise he leaves the decisions to the others. 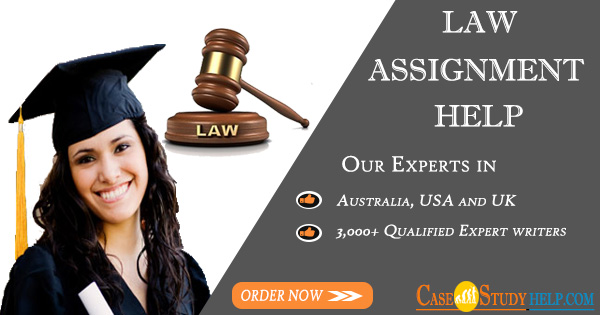 Delta Do is an acclaimed actor and entertainer.   She was recently invited to join the board due to her networks and connections with high net worth individuals, who are movie collectors. Delta replaced Sigma Su.

The business’ fortunes tend to fluctuate greatly. Collectors can pay unanticipated amounts for desirable items whereas other items of memorabilia may be hard to place. Sourcing and supplying props for movies is interesting work, but the movie industry is notoriously slow

To pay its bills. Several years of demand for “Lord of the Rings” memorabilia drove profits, but that “goldmine” is now largely exhausted. In seeking a new revenue stream, Alpha travels to Reykjavik, Iceland, to source a steady supply of the Nordic sweaters popularized in Nordic TV and cinema – Australians cannot get enough of the “Sarah Lund” sweaters (as pictured)!

Second Millennium has had variable experiences with one chain of supply; the sweaters are hand made by various artisans and supply is unpredictable, although the quality is impeccable. Alpha proposes the bold move of acquiring their own source of supply, a factory in Iceland currently owned by GBH. This is beyond anything Second Millennium has done in the past. Of course, the negotiations have presented many challenges but Alpha believes that she is on the cusp of closing the deal and has had Beta frantically working back in Australia to prepare the contracts and documents and liaise with lawyers.

Delta Do drops by to see how the deal is going, on the way to the set of the latest spy franchise film she has a small role in. Delta inspects the factory and the merchandise and is horrified by the factory conditions and low quality merchandise. She has a quiet word to Alpha, recommending that they walk away now. This decision is not discussed with anyone else. In a somewhat stressed state, Alpha sends Beta a text message as follows:

Somewhat relieved, Alpha takes some time out to hit the ski slopes in Scandinavia and Delta proceeds to her remote film set. Meanwhile, back in Australia, Beta believes that they are still working towards closing the deal. When she receives the text message the next morning, she contacts each board member – Alpha and Delta are uncontestable, Gamma asserts that he knows nothing. In desperation, she even tries to contact Sigma for advice. Beta interprets the message as an instruction to transfer $2 million to the account of GBH to finalize the purchase. Alpha, however, was trying to communicate the message to cancel the deal for the company (she abbreviated as “2Mill”).

With hindsight, this action was hasty and resulted in a number of damaging consequences for Second Millennium, which would be difficult to recover from. For example, the transfer came to the attention of the regulators, and triggered an investigation by the company’s bank. GBH was a difficult entity to deal with, and would not refund the money paid in error without a fight. Rumors started circulating about the company, damaging its credibility and financial viability. The employees became very concerned about the company’s ability to continue to pay their wages.

As a result of the bank’s investigation, its findings included a scathing comment on the lack of any documents formally recording the company’s business transactions. A number of matters regarding the management of Second Millennium come to light.

Alpha: she tries hard to keep everyone advised and in the loop regarding the company’s plans. She asserts that all board members knew about the proposed acquisition from GBH. In her defense, she asserts that she is the only one who takes an active role in steering the business and coming up with new ideas, and everyone expects her to do all the communicating.

Gamma: he agrees that Alpha discussed the acquisition with him, but he asserts that he advised against it. In his defense, he told Alpha he wanted nothing to do with this transaction; and in any event this type of business decision is outside his area of expertise.

Beta: she can recall numerous emails and conversations with Alpha regarding the transaction, but with hindsight she concedes that rarely was the whole board involved or copied into the same correspondence. She knows what Alpha told her – for example, Beta did not know that Gamma and subsequently Delta had advised Alpha against the transaction – indeed she did not even know that Delta was in Reykjavik. In her defense, she is just the company secretary and only does what Alpha tells her to do.

Delta: she is not sure whether this is a good company to be on the board of. Based on some corporate training videos she acted in early in her career, her impression is that boards operate

More cohesively than this one. In her defense, she has only just joined this board and she feels she has to go along with their established way of doing things. Further, she thinks she actually saved the company long term from what appeared to be a disastrous acquisition.

Sigma:  she was not very co-operative with the bank’s investigation as she considers the business is behind her. The bank’s notes state that as she contributed to the company for many years, in some respects she must take some responsibility for the corporate culture. In her defense, she retired before the current GBH fiasco so she has nothing to do with it.

TIPS ON HOW TO DO WELL IN THE PROBLEM SOLVING TASK

The Corporations Law Assignment Help in Australia is extremely popular among the law students. We have the most experienced and qualified expert lawyers in our assignment writing team to provide you an excellent law assignment help in Australia.