Handover report from recovery nurse to ward nurse (this is you) at 1758 hours:

“Mrs Naqau, this is ( insert your name here), who is a registered nurse and will be taking you back to the ward, I am now going to handover to (insert your name here) about your time in PACU. (Insert your name here) this is Mrs Loa Naqau, She is a 30 year old female, who has had a laparoscopic ablation of extensive endometriosis (stage 4) which involved her uterus, bladder, bilateral ovaries and fallopian tubes under general anaesthetic, there is no other medical or surgical history noted.

Mrs Naqau is alert and orientated, maintaining her own airway, her observations have been within normal limits in PACU, her blood pressure is usually around 110 mmHg systolic, which she has maintained during her recovery period. Mrs Naqau is saturating at 99% on room air so since 1730hrs, I have left her off the nasal prongs, that she had insitu, Mrs Naqau also suggested it may be making her nausea worse. There is a PIVC in her right forearm, dated with today’s date, with 1L of normal saline running over 4 hours. On her abdomen she has 4 lap sites, as you can see the dressings are all dry and intact with no bleeding or oozing present. Mrs Naqau complained of pain stating 5-8/10 and we have given her x 2 boluses of 2.5 mg morphine IV as per protocol. Her pain is now 2/10. Mrs Naqau is charted to commence regular oral Paracetamol which I have just given her and Ibuprofen once she returns to the ward which is due at 2000hrs. Mrs Naqau had some nausea after the first dose of IV morphine, so we gave her 4mg of Ondansetron IV, with good effect. It’s charted as a PRN dose if she needs it overnight. She was charted Metoclopramide (Maxalon) but Mrs Naqau said when she’s had it in the past it made her feel severely agitated and restless, so she’s refusing it. Dr.Smith ceased it on her medication chart and I’ve added it as an allergy. There is an IDC insitu draining adequate amounts, about 30-60ml/hr of straw coloured urine, tethered to her right thigh. I have just changed her PV pad, which has a scant amount of bright red blood, nil clots noted. Mrs Naqau has both TEDS and SCUDS insitu and DVT prophylaxis ordered on her medication chart. Post op orders are, one further bag of IV fluids charted over 6 hours. She can have oral fluids this evening and can progress to a light diet tomorrow as tolerated. Ambulate as tolerated, she is for a Trial of void, (removal of IDC) at 0600 hrs in the morning, 4 hourly pad checks and record on pad chart, which I have started. TEDs and SCUD’s to remain insitu until review tomorrow. For possible discharge after review by Dr Smith’s team tomorrow afternoon and an appointment for a six week check-up needs to be made with Dr Smith prior to her discharge. Her husband and next of kin is John, who would like to be called on his mobile when Mrs Naqau is back on the ward, his number is on her front sheet”.

Observations on return to ward at 1805hours:

At 1830 hours you return to Mrs Naqau for post-op observations and this is how she appears: 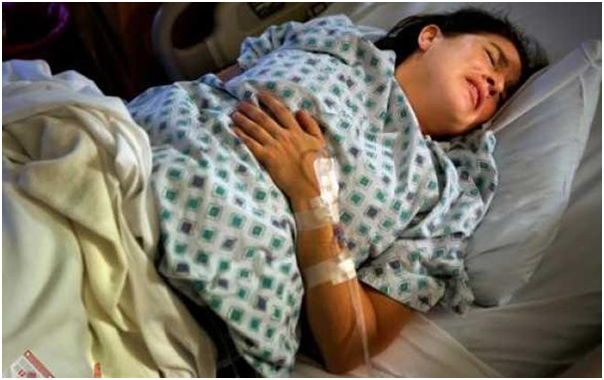 Other observations: Mrs Naqau is holding her abdomen and crying. There is a used vomit bag on her side table. Mrs Naqau says: “I need pain relief. This is the worst pain I’ve ever felt. Can you give me the medication I had in recovery? It really worked for me. The tablets they gave me are doing nothing”.

Another ward nurse outside Mrs Naqau’s bedroom hears the conversation and she says to you as you leave the room:

“Got to watch out for that one, she seems to be keen on the morphine. Sounds like drug seeking behaviour to me”.

Pt has nil known allergies, nil known medical or other surgical history. Post op orders: IDC to be removed @0600 hrs in am, 4th hourly pad checks, IVT to continue overnight, pt. can have clear fluids overnight and progress to light diet as desired. Ambulate as desired. For review in late afternoon tomorrow by Dr Smith’s team for possible discharge home. Follow up appointment required for 6 weeks with Dr Smith.

Author: For the purpose of this assignment, these are your notes

Pt returned to ward post laparoscopic ablation of endometriosis at 1805 hours. A+O. 4 x lap site dressings dry and intact. IVC secure on right forearm (dated 10/9) with N/S running over 4 hours. Observations stable as charted. IDC insitu with approx. 60mL/hr straw coloured output. IDC to be removed 0600 tomorrow morning as per post-operative instructions. Pain score at surgical site is 3/10. PO Paracetamol administered at 1800hours, in OT awaiting effect. Pt tolerated sips of water on return to ward. Can have fluids tonight and can progress to light diet tomorrow as tolerated. PV pad insitu with scant amount of bright red blood. For 4 hourly pad checks and Pad chart. TEDS’s and SCUD’s insitu. Pt for possible discharge tomorrow pm after review by Dr Smith’s team. Pt’s husband John has been called to alert him that his wife has returned from theatre, as per patient’s request. 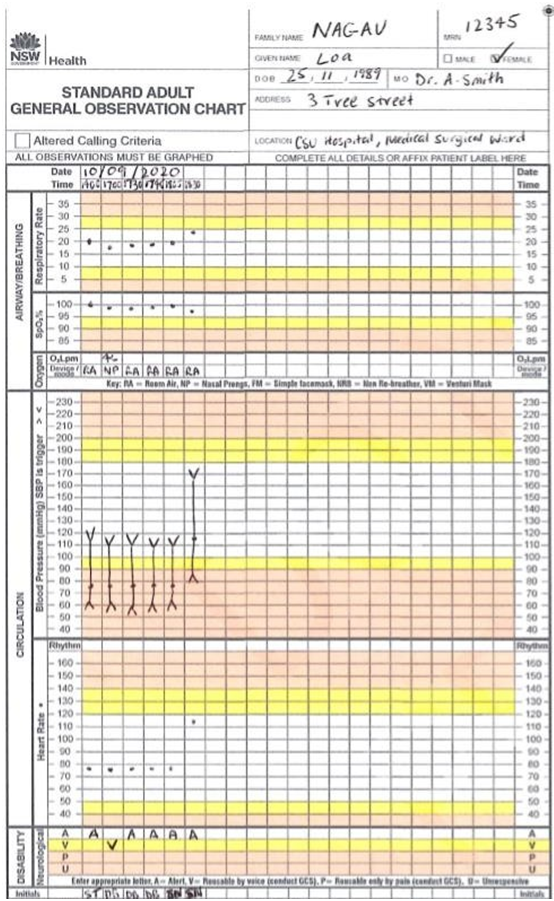 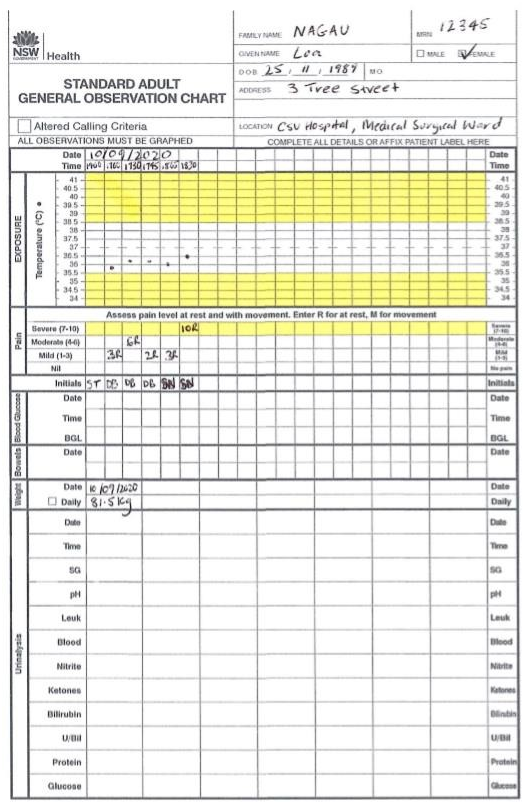 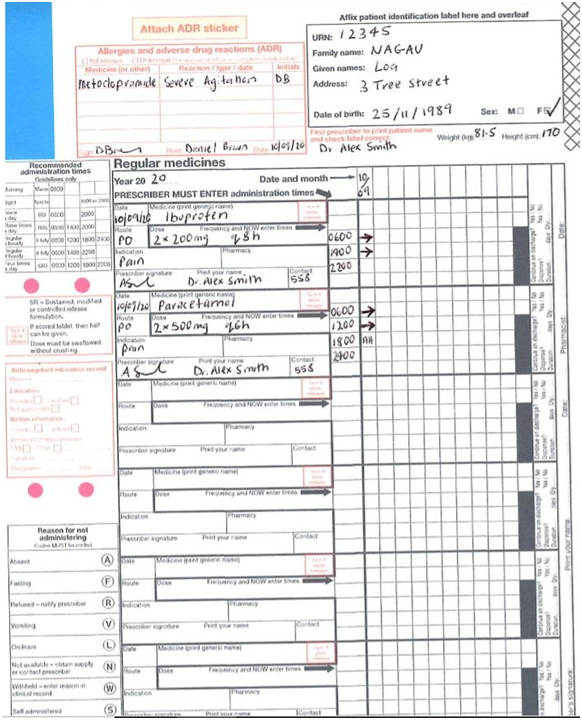 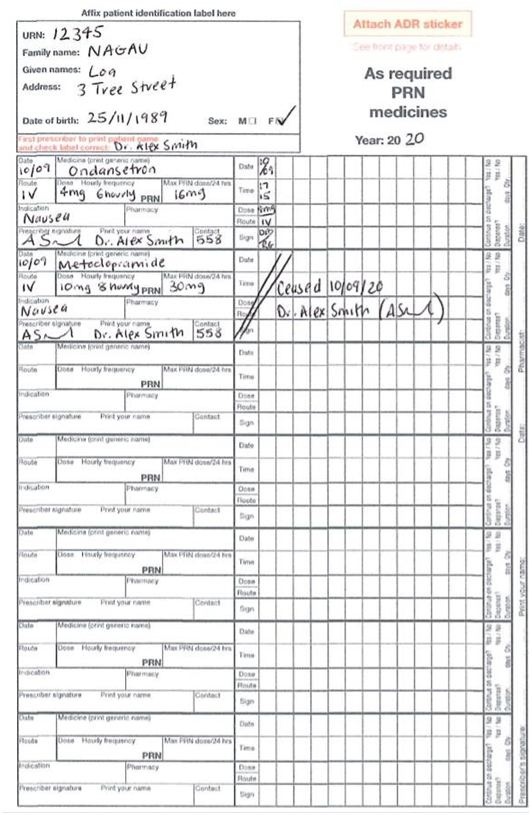