This assignment contributes 20% to the final assessment in this subject. This assignment will be marked out of 40. Marks for each part and question are indicated.

This assignment should be no longer than 2000 words (excluding diagrams, tables, footnotes and referencing). Please keep within the word limit as marks may be deducted if the assignment is too long. 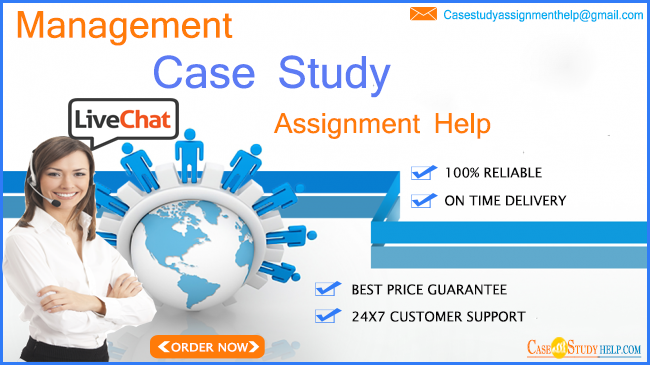 The assignment should be the student’s own work and should not have been submitted previously for assessment in another course.   The assignment mark will be posted on the subject homepage after the marking has been completed.

The assignment must be submitted electronically using the Assignment Tool which can be accessed from the LMS subject home page.

Students seeking an extension of time to complete the assignment due to health or other genuine personal reasons should approach the MBS Student Centre for advice and complete an Application for Extension of Time to Complete Assignment which can be accessed from this link:

Extensions of time are NOT granted by the subject lecturer.

All references should be cited in the text and listed at the end of the assignment. Any standard referencing system can be used, such as APA or Harvard.

The objective in this assignment is to answer questions 1-5 and do the case study. So the most important piece of advice is to do what the questions are asking. For example, some questions ask you to apply the demand/supply model to answer questions about changes in market outcomes. This means that to answer these questions you should explicitly use the concepts of demand and supply, and equilibrium price and quantity traded. Use diagrams whenever possible.

You don’t need to state definitions of any of the concepts such as demand and supply, or equilibrium. Assume that your tutor knows what these concepts mean. Instead, the assignment is trying to test your knowledge of the concepts by how you apply them in answering the questions.

To complete the assignment you should revise your lecture notes and the relevant sections of the textbook, and read the excerpts from the articles included with the questions.

Refer to Attachment 2, ‘Essential drugs get cheaper as Govt. fixes price ceiling of 530 medicines’ and answer the following questions:

(a) Use a supply and demand model to explain and illustrate the effect of the price ceiling on the market for medicines in India. What effect does it have on the price and quantity of medicines produced?

(b) Who benefits and who loses from the price ceiling and will society be better off? Explain and illustrate your answer.

(a) Use a supply and demand model to explain and illustrate the effect of the price support scheme for rubber. What effect does it have on the price and quantity of rubber produced?

(b) Who benefits and who loses from the price support scheme, and will society be better off? Explain and illustrate your answer.

(a) How are fixed costs and SR marginal costs of supplying radiology services likely to differ between production methods without (‘old method’) and with (‘new method’) computer storage and online transmission of data? Draw a graph showing the SR average cost of production for each production method for different numbers of patients.

Maybe Spotify Isn’t Killing The Music Industry After All,

‘The debate over the economic impact of streaming is still being hashed out. The biggest flashpoint occurred last year, when pop megastar Taylor Swift decided to pull her catalogue from Spotify. Swift, writing in The Wall Street Journal, claimed streaming had “shrunk the numbers of paid album sales drastically.” In response, Spotify CEO Daniel Ek pointed out that the company had paid $2 billion in royalties since 2008, and claimed streaming was promoting music sales overall.’

‘Streaming may have been hailed as the death knell of the CD and download, but new research suggests that services such as Spotify and Apple Music can actually drive sales — at least for dedicated music fans.

According to a new survey produced on behalf of U.K. labels body BPI and the Entertainment Retailers Association (ERA), ………13 percent of respondents saying that a streaming subscription had led to a higher number of CD purchases. For vinyl, the numbers climbed to 19 percent of those surveyed. Perhaps more significantly, 69 percent of the survey respondents either agreed or strongly agreed with the statement: “I stream to discover music and see what’s popular, but when I come across something I love, I like to buy it.”

Geoff Taylor, Chief Executive of the BPI and BRIT Awards, sang a similar tune, saying that “the enduring appeal of compact discs and vinyl has surprised many commentators who wrote them off years ago. Unexpectedly, streaming may be enhancing their appeal to many fans, who appreciate the immediacy and convenience of services like Spotify, Apple Music and Google Play to discover and enjoy a huge range of new music, but still want to own and collect albums by artists they truly love.”

Streaming: the future of the music industry or its nightmare? The Guardian, 2 January 2015

‘… streaming revenues are rising fast, according to the BPI’s figures: they have zoomed from zero in 2007 to £76.7m in 2013. Data released by the Entertainment Retailers Association and BPI this week suggested wholesale streaming revenues were £125m for 2014. (The ERA reported streaming revenues of £175m, but typically its values show a 40% retail markup over the BPI’s wholesale figures.) .…..The figures suggest streaming is eating into digital downloads rather than CD sales: its revenue growth is almost exactly matched by a fall in digital download revenues, now at their lowest level since 2011. In the US, Nielsen SoundScan has confirmed the same pattern, with paid song downloads down 12% in 2014, from 1.26bn to 1.1bn, while song streaming rocketed from 106bn to 164bn.’

Drug regulator National Pharmaceutical Pricing Authority (NPPA) has fixed the price ceiling of 530 essential medicines, resulting in the reduction in cost of 126 drugs by over 40 percent, Hansraj Gangaram Ahir, minister of state for chemicals and fertilisers, said in Rajya Sabha, Friday, the Press Trust of India reports. “Out of 680 medicines on National List of Essential Medicines (NLEM), the drug regulator has fixed the ceiling price of 530 medicines.This has resulted in the price reduction of 126 essential medicines by up to over 40 percent, while the prices of 34 drugs have come down by 35 to 40 percent,” the minister said.

‘The current Thai military government’s promise to buy rubber directly from farmers at the higher than market prices, will likely be similar to the previous government’s corruption-plagued rice subsidy program.

The price of rubber, one of the Thai exported agricultural commodities, has been falling sharply and, on January 12th, reached its lowest level since March 2009, amid the Chinese economy concerns*.

Beginning last year, Thailand initiated several measures to support rubber farmers whose income has been slashed. But those measures have stopped short of doing what the farmers want and what previous more populist governments reviled by the military have done – spend state money to guarantee a selling price to farmers.

This dissatisfied Thai rubber farmers called for help from the current military government and threatened to protest if their demands were not met. Therefore, on January 13th, the government, swallowing its words to end the country’s long history of costly agricultural subsidies, resolved to buy around 200,000 metric tons of rubber at no more than 60 Thai Baht ($1.65) a kilogram, significantly higher than 35.19 – 35.52 Baht a kilogram range quoted by the Thai Rubber Association. This announcement caused the rubber prices across Asia to rally as Thailand is the world’s top rubber producer and exporter.’

The future role of radiology in healthcare

‘Radiology is now the key diagnostic tool for many diseases and has an important role in monitoring treatment and predicting outcome. It has a number of imaging modalities in its armamentarium which have differing physical principles of varying complexity. The anatomical detail and sensitivity of these techniques is now of a high order and the use of imaging for ultra structural diagnostics, nanotechnology, functional and quantitative diagnostics and molecular medicine is steadily increasing. Technological advances in digital imaging have also enabled the images produced to be post-processed, manipulated and also transmitted rapidly all over the world to be viewed simultaneously with the transmitting center.’

‘The cost structure in the radiology business has been drastically affected by the growth of computer storage capacity and online transmission of data. MRI, CT and x-ray images are all stored and transmitted digitally now…[This means that] the local radiology group will be able to stop leasing the huge warehouse in which it stores old films;…[also] there is no need for couriers to carry films from the radiologists’ headquarters to the offices of treating physicians (doctors)…’

The objective of the case study is for you to analyse an aspect of economic activity and to apply some of the key concepts and theories we have studied in the course so that we can understand what happens in that situation, and the challenges for government policy.

In this case study, you are required to analyse the economic impact of the rise of the ‘shared economy ‘or ‘collaborative consumption’ on a particular industry or market. This concept relates to the peer-to-peer-based activity of obtaining, giving, or sharing the access to goods and services, coordinated through community-based online services. [May 10, 2016]

As a starting point, refer to Attachment 6 ‘All eyes on the sharing economy’ The Economist, 3 March 2013 and the above article. Select an industry or market for your study and then consider the following questions:

‘Collaborative consumption: Technology makes it easier for people to rent items to each other. But as it grows, the “sharing economy” is hitting roadblocks.

Why pay through the nose for something when you can rent it more cheaply from a stranger online? That is the principle behind a range of online services that enable people to share cars, accommodation, bicycles, household appliances and other items, connecting owners of underused assets with others willing to pay to use them. Dozens of firms such as Airbnb, which lets people rent out their spare rooms, or Relay Rides, which allows other people to rent your car, act as matchmakers, allocating resources where they are needed and taking a small cut in return.

Such peer-to-peer rental schemes provide handy extra income for owners and can be less costly and more convenient for borrowers. Occasional renting is cheaper than buying something outright or renting from a traditional provider such as a hotel or car-rental firm. The internet makes it cheaper and easier than ever to aggregate supply and demand. Smartphones with maps and satellite positioning can find a nearby room to rent or car to borrow. Online social networks and recommendation systems help establish trust; internet payment systems can handle the billing. All this lets millions of total strangers rent things to each other. The result is known variously as “collaborative consumption”, the “asset-light lifestyle”, the “collaborative economy”, “peer economy”, “access economy” or “sharing economy”.’